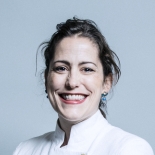 
I would like to start by thanking the members of the public who signed these petitions raising this very important issue and thanking my hon. Friend the Member for Ipswich (Tom Hunt) and other hon. Members across the House for being their voices in this debate and representing them powerfully and thoughtfully.

This Government have made it our mission to protect the most vulnerable in our society, including by tackling child sexual abuse. In our work we have listened to victims and survivors about their horrifying experiences—how they were let down by the state and betrayed by those whose job it was to protect them. These injustices were set out eloquently by hon. Members including my hon. Friends the Members for Rother Valley (Alexander Stafford), for Thurrock (Jackie Doyle-Price), for Heywood and Middleton (Chris Clarkson) and for Keighley (Robbie Moore), the hon. Members for Rotherham (Sarah Champion) and for Batley and Spen (Tracy Brabin) and others. This should never have happened and must not happen again.

Political or cultural sensitivities must not deter national and local agencies from investigating and preventing these devastating crimes. Victims of sexual violence deserve justice regardless of the background, the status, the race or any other characteristic of the perpetrator. Abuse is abuse, and everyone is equal under the law.

That is why in May last year the Home Secretary committed to publishing a paper looking at the characteristics of group-based child sexual exploitation, which was published in December. I want to reassure my hon. Friend the Member for Ipswich, however, that this paper is by no means the end of our work on this issue; more must be done by Government, law enforcement and partners to better safeguard children and tackle perpetrators of this form of abuse and the many other forms of child sexual abuse that exist both offline and online. That is why we published the tackling child sexual abuse strategy last month to work on all forms of CSA. The strategy sets out how we will work across Government—a point made powerfully by the hon. Member for Rotherham—as well as with law enforcement, safeguarding partners and industry to root out offending, to protect victims and to help them rebuild their lives. It builds on the action plan described by my hon. Friend the Member for East Worthing and Shoreham (Tim Loughton). The paper on group-based sexual exploitation plays an important role in the strategy and its implementation now and in the future.

I will go into a little detail about how the paper was developed, its findings and how we plan to build on this work in the future. The paper was informed by an analysis of published academic research, official statistics and work published by organisations that work with child sexual exploitation victims and survivors. In addition, police officers and safeguarding officers across the country with experience in investigating this type of offending were interviewed. The paper reflects the insights drawn from across all this work.

This is a complex and deeply sensitive issue. To ensure that the paper was robust and scrutinised, we convened an external reference group consisting of independent experts on child sexual exploitation, who reviewed and informed this work throughout. The group included survivors, leading academics and highly experienced professionals from the criminal justice system and the children’s sector, as well as the hon. Member for Rotherham, who has done so much in this area, and my hon. Friend the Member for Wakefield (Imran Ahmad Khan), who is similarly determined to shine a light on this offending. The insight and expertise that the group provided was invaluable, and I thank them all for their diligence and contributions.

Taking all this work together, we saw, for example, that offender networks are often loosely interconnected and based around existing social connections. This means that they are often broadly homogeneous in ethnic background, socioeconomic status and age. Contact with potential victims may take place in locations often visited by offenders and where safeguards around victims are lower. Hon. Members, including my right hon. Friend the Member for South Holland and The Deepings (Sir John Hayes), have raised the frequency with which taxis and takeaway restaurants have featured in the highest-profile cases. Studies indicate that motivations differ between offenders, but that a sexual interest is children is not always the predominant motive. Financial gain and a desire for sexual gratification are common motives, and offenders commonly demonstrate attitudes of misogyny and disdain for women and girls, as raised by my hon. Friend the Member for Thurrock and the shadow Minister.

Ethnicity has been raised by several Members. The paper refers to a number of studies that have indicated an over-representation of Asian and black offenders in committing this type of offending. It is difficult to draw conclusions about the ethnicity of offenders as existing research is limited and data collection is poor. This is disappointing, and it is something that we are determined to address through the national strategy, because accurate data is clearly vital in developing the right response in local areas.

We have therefore made a number of commitments in the tackling child sexual abuse strategy. The Home Office will work with criminal justice partners, charities, frontline professionals and others on improving the range and quality of data collected, including on the ethnicity of offenders. We will then use this data to help protect children by preventing and detecting offending. Hon. Members have asked whether we can count the defendants who have already been convicted. Officials have looked at this, but because there is no specific category of group-based sexual abuse, such offences cannot be isolated. But, as I say, we want to correct that in the future.

We are investing in the police-led tackling organised exploitation project, which is piloting new ways of investigating organised forms of exploitation through the innovative use of data. We will publish a new and enhanced child exploitation disruption toolkit that promotes the use of the full range of powers available to agencies, such as civil orders, licensing powers and safeguarding interventions, so that they can stop offending with every tool at their disposal.

I listened with great interest to my hon. Friend the Member for Cities of London and Westminster (Nickie Aiken), who supports the work of the Children’s Society. Although I cannot answer all her requests tonight, we will continue to invest in the Children’s Society’s prevention programme, which works with local agencies to prevent exploitation and abuse. Recent examples of the programme’s work include working with the police in Yorkshire to deliver training to taxi drivers, and working with delivery drivers and couriers to support them in identifying CSA in the context of the pandemic. As the hon. Member for Birmingham, Yardley (Jess Phillips) knows, the Ministry of Justice is looking into the issues in the family courts that have arisen out of the expert panel on harm’s review—in particular, contact with parents.

The second petition calls for an independent inquiry. I will touch on that briefly, because I want to give time for my hon. Friend the Member for Ipswich to respond to the debate. The Government share the public’s concerns about failures and the need to ensure that they are not repeated in the future. In 2015, the Government established the independent inquiry into child sexual abuse. The inquiry concluded its public hearings in December, after taking evidence from more than 600 witnesses over four years. It held 323 days of public hearings across 15 investigations and has published 14 reports so far, with more than 50 recommendations to better protect children from sexual abuse and exploitation. We expect to receive the final report of the inquiry in 2022.

The inquiry is independent of Government and decides for itself what to investigate and how. It has investigated the nature and extent of, and institutional responses to, the sexual exploitation of children by organised networks, and the public hearing into that strand concluded in October last year. Evidence was heard from a range of witnesses, including victims and survivors of child sexual exploitation, as well as representatives of police forces, local authorities, Government Departments and charities. The inquiry will publish a report of the investigation in autumn this year, setting out its conclusions, and we welcome this scrutiny.

Finally, I would like to thank again the signatories of both petitions, as well as the victims and survivors around the country who find somehow the wherewithal to work with us and the police to help prevent these terrible crimes and support other victims. As has been so well articulated in the debate, these crimes affect not only the immediate victims of the abuse but entire communities. My hon. Friends the Members for Barrow and Furness (Simon Fell) and for Keighley set out some of the impacts in their constituencies and the damage that can be done to trust in the processes, systems and authorities that are there to protect people.

We are determined to ensure that Government, law enforcement and other partners better understand that any community and cultural factors relevant to tackling offending must not and cannot get in the way. As the Home Secretary said:

“What happened to these children remains one of the biggest stains on our country’s conscience.”

That is why we must do everything in our power to safeguard children from abuse, deliver justice for victims and survivors and restore the public’s confidence in the criminal justice system’s ability to confront these devastating crimes.