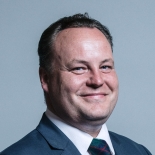 Question to the Department for Work and Pensions:

To ask the Secretary of State for Work and Pensions, what the (a) total and (b) average size was of deductions from universal credit claimants; and how many claimants had deductions taken, in the most recent month for which data is available. 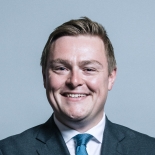 1. Deductions include advance repayments, third party deductions and other deductions but exclude sanctions and fraud penalties which are reductions of benefit rather than deductions.

3. Amount of Universal Credit paid reflects the amount of money paid to claimants and their landlords as part of their award, including the amount which they would have been entitled to had it not been deducted. It does not include other payments such as advances and hardship payments.

4. Figures are affected by the impact of the temporary suspension of some deduction types due to Covid-19. During April 2020, government deductions were temporarily suspended and only began to be reinstated from July. As of November, these had not been fully returned.

5. Figures are provisional and are subject to retrospective change as later data becomes available.

6. Claim numbers may not match official statistics caseloads due to small methodological differences.