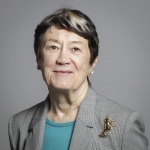 
My Lords, I declare my interest as a board member of the Pension Protection Fund, which protects the pensions of employees in defined benefit schemes when their employers go bust and cannot pay their pensions.

Looking at this Bill from a defined benefit perspective, I find much to support. I shall touch on four topics: the DB scheme funding code; TPR’s anti-avoidance powers; the pensions dashboard; and some areas that I believe require further consideration.

Before diving into the detail, it is worth stepping back for a moment and making two broader observations. First, the Bill looks to build on and improve the defined benefit landscape rather than radically reshape it. In broad terms, it confirms that the settlement established by the Pensions Act 2004, which created the regulator and the PPF, has stood the test of time.

Secondly, it is of course right that we need to focus on how we can further improve outcomes and strengthen member protections, but it is worth saying loudly that, compared to pre-2004 days, DB scheme members are considerably better protected today, thanks to the Pension Protection Fund. Before 2004, your holiday was better protected than your pension. There was no safety net for DB scheme members in the event of employer insolvency. In some cases, that meant heavy reductions on their promised benefits; some faced real hardship in retirement. In some ways, it is a shame that memories of the pre-PPF days have now largely faded, but it speaks volumes for the quiet achievement of the PPF. BHS is an example: if PPF had not existed, members of the pension scheme would have faced dramatic reductions on what they had been promised. Today, PPF provides safe harbour for over 250,000 members and its compensation can make a huge difference to many people’s lives. I hope the Minister will join me in recognising the valuable protection that it provides and its role as a force for good.

Turning to the Bill itself, I welcome the measures to review and improve the DB scheme funding regime. Striking the right balance between sponsor affordability and member protection is of course easier to say than do, and as we go through the Bill we will undoubtedly find that the devil is in the detail. Having said that, we should be careful in guarding against the new scheme funding code being seen as an opportunity to increase flexibilities or to ease up on closing down funding shortfalls. The majority of DB schemes still remain in deficit. Flexibility is of course essential, given the range of circumstances facing schemes and employers in the DB universe, but recent experience has shown that, if anything, that very flexibility has in some cases been inappropriately used. Take Carillion: senior managers apparently viewed contributions to the pension schemes as a “waste of money” to be ranked below dividends to shareholders.

If we are to ensure members are not exposed to unnecessary risks, now is not the time for schemes and sponsors to take their foot off the gas. It is vital that the new code results in schemes closing their deficits within reasonable timeframes, prevents excessive recovery plans on the basis of current covenant strength and ensures schemes are given equitable treatment with other financial stakeholders.

I also welcome the provisions to further enhance TPR’s anti-avoidance powers. The regulator must have the right tools in its armoury so it can be proactive in preventing detriment to pension schemes. While it already has an array of powers, these targeted enhancements may help deter potential wrongdoing and are useful for TPR to have in its back pocket. I suspect that these provisions are likely to be needed only in extremis, if at all. They are, one would hope, for use in only exceptional cases, not in relation to the vast majority of sponsors and schemes which do the right thing by their members.

As other speakers have said, the pensions dashboard is an important innovation. For too many savers, pensions can be confusing and difficult to understand. Added to this, many savers have multiple pension pots and keeping track of these can be difficult. Therefore, I welcome the underlying ambition to enable people to better engage with their pension savings through digital channels, while very much endorsing the cautionary points made by my noble friend Lady Drake.

Having welcomed a lot in this Bill, I cannot help but identify some notable omissions. There are two areas which are not currently covered by the Bill but which are important to draw out briefly in the context of this debate. First, in relation to commercial consolidation vehicles, the current DB legislative and regulatory framework as set out in the 2004 Act was predicated on a continuing link between scheme and sponsor. The emergence of the consolidator model challenges this. Well-run consolidators could be beneficial, offering a route to improved security for scheme members. Equally, they also present significant new potential risks, particularly to PPF members and levy payers. To manage these, a new legislative and regulatory framework will certainly be required. However, I recognise that this is relatively new and fast-evolving territory and it is important to get it right, so it is understandable that provisions are not currently contained in the Bill.

The second area relates to PPF compensation. The Bill contains measures intended to address the outcome of the Beaton case. I would appreciate it if the Minister could say whether she expects there will similarly need to be legislative clarity in relation to the Hampshire case in due course.

Pension freedoms are a further area of interest for us as policymakers and for scheme members. Since 2015, something like 160,000 members have opted out of their DB schemes. Some were required to take independent legal advice. There are growing concerns about the advice they received. For example, in the case of British Steel in 2017, it is clear that some members were given poor advice. It may not be a matter specifically for this Bill but, given its scale and impact, it is something we must address.